Is Your Free Will a Delusion? 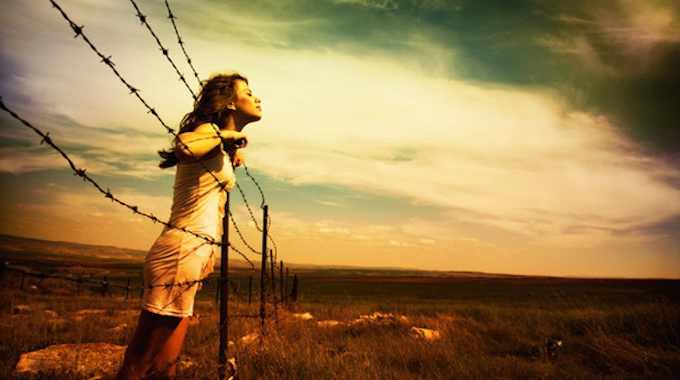 Do human beings have free will? Can people actually make decisions of their own accord, or are they just robots mindlessly responding to the brain and the world around them? Most people assume they can make independent choices, but you might be surprised to learn that the dominant position in modern cognitive science is that there is no free will.

There are so many philosophical issues with the idea of free will that one could spend many hours going through them all. I will just note a few in this post. I will refer to two fascinating experiments which are important to the discussion.

The most famous experiment regarding human free will was conducted by neuroscientist Benjamin Libet. Libet and his team measured changes in the brain and the timing of ‘choices’.

Libet investigated what happened when people made ‘conscious’ choices. He measured the electrical activity of subjects’ brains by via electroencephalograph (EEG), with small electrodes placed on the surface of the head. The subjects were asked to flex one of their fingers or push a button whenever they felt like doing so. They also had to state when they ‘decided’ to do so. The surprising finding was that the conscious decision occurred about 200 milliseconds before the finger movement. But most crucially, electrical changes began in the brain about 300 milliseconds before any conscious decision was made. Many scientists use this experiment – or similar ones – to conclude that there is no free will because the brain changes first and then conscious awareness comes about a third of a second later. Therefore, it is concluded, the brain causes the ‘decision’, not free will.

Related Article: Do Premonitions Negate Free Will? Time to Create a New Paradigm

Of course the conclusion that there is no free will leads to a whole heap of paradoxes and problems.

Even scientists who believe they have no free continue to act as if they do. Sheldrake makes this point, too. For example, they continue to hold meetings to decide how to attract funding for their desired research projects. If they truly believed that everyone’s brains are making all these choices, and that those handing out the funding have no free will, why bother having the meetings in the first place?

The same scientists will continue to write papers, book, blog posts, magazine articles with the implicit assumption that they are choosing to do this – and that they can influence the opinions of others. ‘They’ – or at least their brains – will sometimes even get annoyed with the brains of people who have the audacity to claim that they have free will. But why have the debate in the first place, or get annoyed about it if nobody has any choice in proceedings, and their opinions have been decided by their brains?

There is also the obvious paradox that we are supposed to believe that we have no power to change our thinking or actions, yet our entire society spends millions of dollars attempting to manipulate perception and the choices that follow from it. Advertisers, government policy makers, educational administrators, CEOs and even torturers are all trying to change the way people think or feel. As a long time school teacher who has taught students of all ages from pre-school to university, I know that even small children can be masters of manipulating adults, using charm to ‘put it over’ them.

So we are expected to believe that we can readily influence other people’s choices, but not our own? How does a creature with no free will come to the ‘decision’ to try to change the way someone else thinks?

We all make regular choices with the implicit objective of influencing our own behavior and feelings. Why would you bother to decorate your house in aesthetically pleasing colours if you cannot influence the way that your environment affects you? You might as well just slump in the corner and vegetate. But even that would require a decision.

Related Article: Study Shows Even Earthworms Have Free Will

We can also influence our mental structures, and even autonomic processes like heart rate. Yogis can even slow down their respiratory systems to minimal activity. A prime function of meditation is for the student to gain better control of mental processes, and develop the right relationship with the body and the mind. This is clear evidence that conscious choice can influence the body and brain. This should not be possible if there is no free will. One could argue that it is the brain that is telling itself to relax and breathe deeply. But again, we get into semantics. It seems that the idea of ‘brain’ has simply replaced ‘mind, with the same implicit meaning.

Finally, no matter how many correlations one finds between action and mental activity, in the end the science is merely descriptive.

There isn’t any way around it. We make choices all the time, even if we don’t believe that we are.

In his wonderful book The Science Delusion, biologist Rupert Sheldrake discusses this issue of free will and comes to the same conclusion that I do – namely that even though the choices we make are subject to a whole range of factors that are wholly or partly out of immediate awareness, we are perfectly capable of making conscious choices. There is no contradiction.

Interestingly, even Benjamin Libet believed that there is a place for free will, stating that in the 200 milliseconds between conscious awareness of a ‘choice’ and the action taken, the individual can actually change the decision. Sheldrake writes:

“This conscious decision depended on what Libet called a ‘conscious mental field’ (CMF), which emerged from brain activities but was not itself physically determined by them. The CMF acted on the activities of the brain, perhaps by influencing otherwise random or indeterminate events in the nerve cells. This field also helped integrate the activities of different parts of the brain and had the property of ‘referring back’ subjective experiences, and thus worked backwards in time. The CMF would unify the experience generated by the many neural units. It would also be able to affect certain neural activities and form a basis for conscious will. The CMF would be a new ‘natural’ field. It would be a non-physical field, in the sense that it could not be directly observed or measured by any external physical means. That attribute is, of course, the well-known feature of conscious subjective experience, which is only accessible to the individual having that experience.”

The most interesting thing for me about Sheldrake’s take on these experiments is that he makes the same point I often have, and that is that consciousness is not localised, and that time is not linear. Logic is only as sound as the solidity of the premises which underpin it. Science is only as good as the presuppositions which scientists take with them as they go about their work.

Related Article: Free Will: A Guide To Conscious Being

Time can work backwards as well as forwards. While this may seem even more incredible than the idea that no free will exists, it is perfectly consistent with my own mental experience, as well as reports of human experience going back as far as human beings have recorded history.

The idea that the brain records stimuli before they happen has evidential support from scientific experiments. In these experiments subjects are tested for physical and neurological responses, after being exposed to randomly presented stimuli.

One such experiment was carried out in the 1990s by parapsychologist Dean Radin and his colleagues. Photographs were randomly shown to people. Some of the photos were of a peaceful or neutral nature, while others had deliberately shocking or arousing content such as corpses being autopsied or sexual content. Radin’s team measured changes in the skin resistance of the subjects with electrodes attached to fingers. People’s emotional state are reflected in the electrodermal activity of the sweat glands. Significantly, in Radin’s experiments, changes were detected three or four seconds before the emotional images were shown.

It is clear to me that human beings have free will. It is one of the defining characteristics of our species at this time in human consciousness development. Human intention is like a attractor in physics, pulling information into it from pasts and futures. For those who wish to live a mindful life, the key is to bring awareness to the moment of the decision, and to then choose wisely and joyfully.

Marcus T Anthony, PhD is the author of ten books about human awakening, including Discover Your Soul Template. He is also a life coach and teacher of profound intuition. His web site is www.mind-futures.co