How to Embrace Intentional Optimism and Stop Living in Fear, Anger and Blame 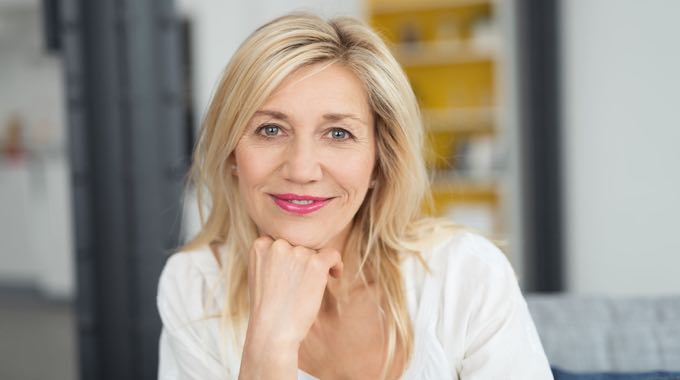 “Yes, there are two paths you can go by, but in the long run
There’s still time to change the road you’re on.
And it makes me wonder.”
Led Zeplin, Stairway to Heaven.

We live in troubling times. Daily, we twenty-first century hominoids are bombarded with disturbing news about the increasing number of perils that await us as individuals, and as a species. This is a volatile world, and we just have to live with fear and rage, knowing how it may all come to a screeching end at any moment. You want a disaster? Take your pick. COVID-19, the World Economic Forum saying “by 2030, you will own nothing and you’ll be happy,” China and Russia colluding to desecrate our precious democracy, but then there are also them damn Nazis hiding under the bed. Indeed, the brown shirts are around any and every corner.

But even if Adolf’s latter-day descendants don’t dare show themselves, there are storms of unprecedented magnitude bearing down on us, threatening to blow away our houses and our existence. Then, if the gods disappointingly steer the typhoons elsewhere, we can still pop into the cinema where Al Gore will reassure us that the climactic end is nigh. And you betta stash some of that popcorn and coke, because it’s probably too late to do anything.

In such a world why would anybody even bother to get out of bed?

Let me confide in you that I wouldn’t get out of bed either if I believed this story. But I just don’t. I reckon it’s often bullshit, the nonsense of click-bait journalists and bloggers desperate to get the hits necessary to generate a bit of attention or income.

And those foolish enough to click on such stuff mostly do so because the narrative is what they have come to believe. It’s what they want to hear. “Ain’t it awful! I told you so!”

Look, I know the doomsday story is really popular. It’s a ratings winner. And it gets all the awards at Golden Globes time, where some crusty celebrity (who has taken the precious time to leave her gated community to condemn leaders who build walls) will shed a tear for what has become of the world, and to rage against the monsters who lead it.

Meanwhile, what didn’t make the papers is the story about the old guy who walked down the street whistling, a skip in his step, smiling at babies and the pretty girls he knows fully well he shouldn’t be smiling (because, as all decent human beings living in this rape culture know, only perverts do such things). No, that old bastard was enjoying himself far too much to make the news. Or perhaps he was just happy that he’s lived so long, given that less than two centuries ago the average lifespan globally was just 28 years of age, with one in three children dying before the age of five.

Consider these strange facts, mentioned by Stephen Pinker in his new book Enlightenment Now. Surveys show that people often think that their country’s economy will get worse in the next year, but they are relatively optimistic about their personal financial future. They tend to believe that crime rates are deteriorating across the nation, but not near their home. And they believe that the environment is going to hell – but you guessed it, not around here.

Why is that? Could it be that the world of experience (our real world) is nowhere near as bad as the narrative that we are sold in the media and in many of our education systems?

So… there is that other story – or those other ten thousand stories. They are the tales that I prefer to listen to. They are stories driven by intentional optimism. And by life itself. Not by the spin of media and social media and their enraged audience.

The price to pay is a small one. Tune out of the electronic news media and social media and learn how to be present to life.

But make no mistake, this other narrative is not a story of delusion (relatively speaking, as compared to the doomsday narrative that we have all come to know and love). It doesn’t deny evidence or data regarding global warming, rape or political extremism (realizing that problems should be addressed, not obsessed).  But neither does it get sucked into the collective projections of the masses, preferring grounded experience.

Instead it makes a commitment to withdraw from the fear-driven narratives and their doomsday noosphere and to make lived presence and intentional optimism the basis of life, whereupon an entirely new world unfurls before us as if by cosmic grace. The painful pasts and fearful futures that obsess the minds of the many suddenly disappear, seen as the illusions that they typically are. Abstract narratives are replaced by the fullness of life.

And what is it exactly that becomes real? It is whatever arises in the moment. It is the mother and her baby that you stop to smile at as you walk home. It is the song you choose to sing, regardless of who cares to listen. It is the tang of the orange upon your taste buds as you bite the fruit.

And in such moments these things are often joyful. And enough.

We all know that life is not always “happy.” We all experience a full range of emotions, including fear, anger, sadness, guilt, shame and so on. Intentional optimism doesn’t reject those. It simply addresses their root cause and permits them their natural expression (perhaps crying if you are sad). If action is needed, such as acknowledging that loneliness is creating sadness, then one commits to such action (for example, developing more warm relationships). If addressed in such a way, all such feelings pass in time.

The best thing is that this other story that we can choose comes with a very different attitude, and typically a different experience of life. You don’t live in fear of expected doom. You don’t blame anyone or anything for what is missing. You are just thankful to be here, now. There is little need for affirmation, visualization, or imploring prayer to the deity. Instead there are words that form spontaneously: “Thank you. I love you.” Such words have more power to transform the world than any social justice narrative one can possibly imagine.

Thus, there is a generosity of spirit that seeks sharing of experience.

”But Marcus!” I hear you say. “My world is going to hell and you just don’t care!” And you would be (mostly) right. Unless you are my wife, someone I’m directly involved with or some twerp knocking on my door trying to sell me some contraption I don’t need, your hell is none of my business. I can’t save you from your misery, and even if I could, I’m too busy having a good time of it to give it much thought.

So, am I against social activism? Against seriously tackling political and ideological extremism? No. Not at all.  If we are to consider this from a spiritual perspective (and I realize most people won’t) an essential aspect of engaging such problems is the consciousness that underpins that activism. Social activism can be like the “liberalism” that often drives it. The latter is a nice idea, but not actually commonly practiced – not even by liberals. As far as I can tell, a great number of social activists in 2017 are too busy being morally superior and beating up enemies to truly demonstrate the justice and compassion that their souls (and all our souls) call them to actualize.

Human societies need people to develop good ideas and sound policies to create preferred futures. That includes having to deal with the darker side of human nature and of human propensity. World and local leaders do have to deal with psychopaths, extremists and despots (often in the mirror, it must be said), including those within our societies.

My main point here is that working at the essential foundation of problems – their expression of consciousness – can help all of us make more intelligent and wise decisions. It can enhance insight, where upon we can pull out of the psychic dramas that we are so prone to engage in if we do not bring things to full awareness. If we fail to assume responsibility for our fear-based projections, we may fail to tackle perhaps the most essential aspect of the problems we experience. We may end up creating conflict and suffering – a kind of self-fulling prophecy.

What I am saying is that the most logical attitude to take in this mad world, under most circumstances, is this. Stop judging and condemning everyone as stupid and immoral. Instead, give thanks, dance and celebrate this moment of existence that the cosmos has very generously granted you.

Yes. Let us give thanks. Let us forgive those Trump supporters and those libtards. But most of all, let’s love everyone and anyone who is so generous as to cross our paths and smile, who cares to talk to us or just be present with us for a moment in time. For this moment in time is all any of us have.

Who knows, maybe in a day or two I’ll be singing a song, dancing in the park with some old Chinese ladies here in Zhuhai (South China) or helping myself to a nice big piece of chocolate cake… and I will look up to the sky and see a large missile with a beaming image of our Dear Leaders Kim Jong Un or The Donald on the tail. There will be just enough to think “What the hell was that all about?” before every molecule in my body is incinerated. Maybe the Nazis really will ride into town upon their murderous tanks. Or perhaps the damn Commies will ride in upon black horses, with a bare-chested Vladimir Putin leading the way.

And that will be it.

But at least I’ll know that I stood by what was of the greatest importance for this spiritual journey as an individual, and for this human species. I will know that I refused to live in fear, anger and blame. Not even for a good cause. I will know I took the time to share a little joy and laughter with just a few other souls. All without charging a cent.

And it will be enough.