Debunking Industry Lies, Analysis Shows Medicare for All Would Cut Costs, Boost Efficiency, and Save Lives 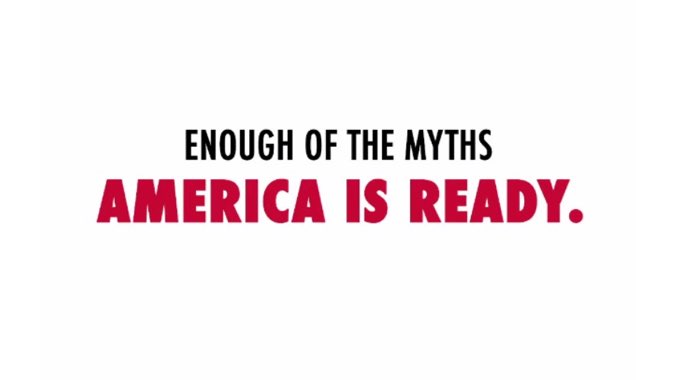 In an effort to address and debunk the “disinformation, fearmongering, and straight-up lies about single-payer” spread by its deep-pocketed opponents, Public Citizen on Monday published a comprehensive analysis detailing how Medicare for All would significantly cut healthcare costs, increase systemic efficiency, and improve coverage—while expanding it to everyone.

“The growing movement for Medicare for All requires everyone in Congress to take a fresh look at single-payer healthcare with open eyes, instead of dismissing it based on false claims from those who profit from our fragmented healthcare status quo,” said Eagan Kemp, healthcare policy associate at Public Citizen and author of the new analysis.

Titled “The Case for Medicare for All” (pdf), Public Citizen’s report presents a section-by-section breakdown of many of the key questions facing Medicare for All proponents, such as how much the policy would cost and how it would stack up to employer-provided private plans that currently insure millions of Americans.

By every measure, Public Citizen finds, Medicare for All would be a dramatic improvement over America’s immensely wasteful and deadly for-profit system, which is projected to cost $50 trillion over the next decade.

“The U.S. ranked worst out of 16 industrialized countries for deaths that could be prevented with proper medical care,” the report notes. “Medicare for All would ensure that Americans can finally access the care they need and end their currently  incalculable wait times because healthcare would no longer be tied to ability to pay rising  premiums and out-of-pocket costs.”

“For people who care about evidence—not ideology—the facts are clear,” added Public Citizen president Robert Weissman in a statement. “Medicare for All is the most efficient and most just approach to provide healthcare for everyone in America.”

On the question of whether Medicare for All would enormously increase America’s healthcare costs—as the policy’s detractors often suggest—Public Citizen cites recent research by both opponents and supporters of Medicare for All showing that a single-payer system would actually reduce overall costs compared to the current system, which is far and away the most expensive in the industrialized world.

“In the United States, we already spend $3.5 trillion, or more than $10,000 per person, on healthcare annually—a staggering sum—a great deal of which is wasted or unnecessary,” Public Citizen notes. “A well-designed Medicare for All system would create enough savings that even a significant increase in the amount of care rendered would be more than offset.”

“This would be achieved by reducing administrative waste, harnessing the federal government’s negotiating power to bring down the price of care, setting global budgets for institutions that would reduce the incentive for providers to administer unnecessary expensive treatments, and increasing access to more affordable long-term care,” the analysis continues.

Addressing the prominent question of why the millions of Americans currently covered by an employer-provided plan should support a transition to Medicare for All, Public Citizen argues in its analysis that a single-payer system would “bring consistent coverage for workers” who are currently “at risk of catastrophic healthcare expenses if they lose their job.”

“A Medicare for All system would mean everyone in the U.S. would be able to access healthcare wherever they moved,” the report notes. “And because the coverage would be consistent across the country, enrollees could focus on finding a provider that meets their needs, instead of figuring out which providers are actually in their network. Workers could focus on finding the career they want in their community of choice, instead of feeling trapped in a job because they need to keep their current insurance.”

The group’s analysis goes on to address how Medicare for All legislation can be passed in the face of intense opposition from powerful interests like the insurance and pharmaceutical industries, which are already gearing up to crush Medicare for All before it even gets off the ground.

“Healthcare special interests spend typically more than $500 million a year on lobbying—the largest share spent by any one industry and more than 15 percent of total lobbying spending across all industries and on all subjects,” Public Citizen notes.

The only way to overcome such entrenched opposition, the group argues, is by continuing to organize and mobilize at the grassroots.

“The people power on this issue continues to intensify as Americans feel the pain of a healthcare system that is focused more on profit than it is on providing healthcare,” Public Citizen concludes. “The American people won’t stop pushing for significant change. The question is not if we will win, it is when.”

-Increase access to care without adding to the deficit

To build on the momentum for single-payer in Congress, National Nurses United is holding Medicare for All “barnstorms” nationwide this weekend to boost organizing efforts at the local level.

In a tweet on Monday, Public Citizen urged people to contact their representatives and pressure them to support Jayapal’s bill.

“It’s time to join the rest of the industrialized world in making healthcare a human right,” the group declared.

This work is licensed under a Creative Commons Attribution-Share Alike 3.0 License