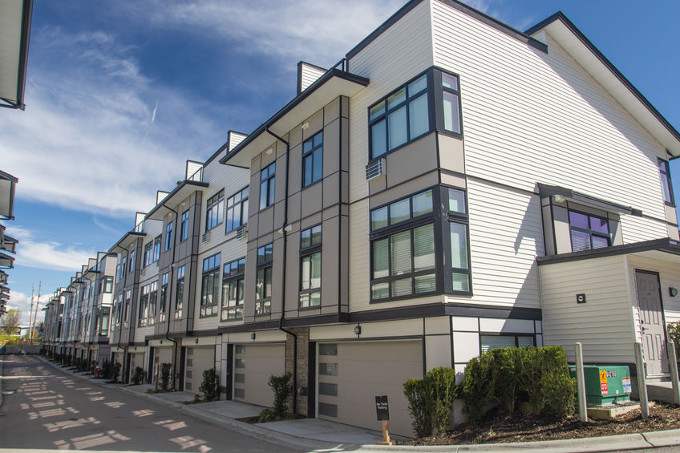 In 2017, Amazon launched an unprecedented inter-city competition to see which municipality could offer the most generous package of public subsidies, tax breaks, and other incentives in exchange for becoming host to the 2nd headquarters of one of the world’s richest corporations. The company just made another unprecedented—and equally outrageous—move as it spent $1.5 million on campaign contributions to shape local elections in its headquarter city of Seattle. Such actions have drawn scrutiny from growing numbers, as more Americans are recognizing the links between corporate influence and rising housing costs, inequality, and under-funded public budgets.

As presidential candidates like Bernie Sanders and Elizabeth Warren put forward policy initiatives for new rules to rein in corporate influence, community leaders in cities across the country have filed a formal report entitled “The growth of corporate influence in sub-national political & legal institutions undermines U.S. compliance with international human rights obligations” to the United Nations. The report is part of the UN’s Universal Periodic Review (UPR) of the United States’ human rights record, which invites stakeholder reports from community representatives to help UN officials and other world leaders evaluate performance reports supplied by the national government.

Recognizing that “human rights don’t trickle down,” activist groups around the country are rising up to become part of the solution to persistent gaps in human rights. The aim is to shift the focus of local and national governments from the current priorities of corporate profits and economic growth to human rights and well-being.

More than a year of consultations among community-based organizers and municipal officials inform the stakeholder report. Cross-city conversations have revealed corporate practices as a common challenge, and the report links these to human rights deficiencies in the areas of democratic participation, affordable housing, privatization and the right to water, militarism and gun violence, environment and health, and racial equity. Report authors argue that routine operations of corporate entities prevent governments from doing a better job enforcing international human rights obligations. Poor regulation and enforcement, as well as corporate corruption of local and national politics, is cited as the leading causes of violations.

Some additional highlights from the report include:

At a time when many municipal budgets are seriously under-funded, officials in many cities offered billions of dollars of public subsidies to become host to Amazon’s 2nd headquarters. In most cases, these bids were developed without meaningful public consultation and kept a secret from the public, often in direct violation of open records laws. This is just the most visible example of large corporations effectively denying residents a voice in how their communities develop.

Corporate-led development has contributed to spiraling housing costs and undermined people’s right to affordable and safe housing. At the same time, the long-term trend of reduced corporate tax rates has deprived governments of revenues needed to maintain public infrastructures and ensure universal access to basic needs. The global housing crisis contributes to worldwide poverty and displacement that is especially harmful to groups protected under human rights law, including low-income people, people of African descent, and those with disabilities.

Privatization of public utilities has also limited people’s access to clean and affordable water, and restrictions on the internationally recognized human right to water disproportionately impact African American residents. Other issues cited in the report included the inequitable distribution of environmental hazards, racial discrimination and equity, and gun violence. Many of these issues arise from the lack of effective regulation on corporate practices, which has worsened with Trump administration rollbacks of protections for civil and political rights, the environment, and consumers.

The experiences documented in a range of cities—including Washington, DC, Pittsburgh, New Orleans, Detroit, among others—reveal patterns of violations of a considerable body of national and international laws and standards detailed in the document. For instance, the United States is a party to the International Convention on the Elimination of all Forms of Racial Discrimination, which requires national efforts to eliminate systemic disparities based on race. Often local officials are not aware of their legal obligations under this and other international human rights conventions, despite the obligation of national leaders to educate and inform sub-national officials and the general public.

A Focus on Solutions

The UPR process designed to engage a variety of stakeholders in efforts to find solutions, and the report makes a number of recommendations for improving national policies affecting municipalities’ ability to carry out human rights obligations. It cites a U.S. Conference of Mayors 2017 Resolution to move federal tax dollars “from militarism to human and environmental needs” in calling on the U.S. government to provide municipalities with the resources they need to ensure that all residents’ rights are protected.

Concerted action at the national level is needed to counter racism and xenophobia and to promote a culture that supports human rights and democratic values. The extreme polarization encouraged by Trump’s rhetoric and xenophobic policies undermines social cohesion and fuels conflict in local settings, undermining efforts of local governments to manage the variety of other challenges they face, such as aging urban infrastructures, economic globalization, and threats from climate change.

The U.S. Human Rights Cities Alliance is working to raise consciousness about these issues and to advance the stakeholder report’s recommendations. Between now and the UN Human Rights Council’s formal review of the United States record in May of 2020, local and national consultations will help develop and share strategies for realizing human rights in our communities and cities, seeking to change policy discourse to make human rights the overriding focus and goal of public policy.