What exactly does it mean to be ‘Ascending into the 5th Dimension’ and how do you know if you’re ascending?

Ascension has become a hot topic of late, especially as we sail into climate crisis and as the infusion of galactic energies transforms Gaia and the Solar System. There’s much misunderstanding that needs to be clarified. For example, we don’t ascend to a ‘dimension’, rather a density, and not just one, but a range, in this case, the 5th, 6th and 7th densities, where the new form of the divine-human, DIVINICUS, is taking shape.

Ascending into Dimensions or Densities?

First, let me clarify that I’m sharing from direct personal experience having worked as a facilitator/guide through plenty of previous such shifts, including that which happened on Sirius 120 million years ago and at the conclusion of the Atlantis epoch here on Earth some 12,000 years ago. That said, it’s always essential to form your own viewpoint from what resonates with you. Ascension to the Fifth Dimension is something that can be theorized but must then be realized in your own way for it to become real for you.

Plenty speaks of the Ascension into the 5th Dimension – is that actually possible and real? In my observation, dimensions have become confused in the science here with densities of existence. Briefly, in the physical density, where your body resides, you need three dimensions to define your location: x,y,z. And then science speaks of the 4th dimension as being that of time. Yet we know that linear time is an illusion, everything is moving together in the one moment of now, the space-time-continuum is constantly morphing and reshaping, but since everything moves together, then at this moment, there are elements of future-landing-now and the past being reconfigured. It’s like a huge jigsaw constantly producing a new picture, but in each new configuration of the moment, a different variation, iteration, of the previous one.

Hence it’s much more useful and beneficial to speak in terms of ‘densities of existence’ rather than dimensions; a density being a frequency of vibration in which a particular material form exists. Your phsyical body resides in the 1st density, the emotional in the 2nd, the mental in the 3rd, the karmic in the 4th. And that’s where humanity currently resides, processing out the karma, so as to be able to ascend. It’s not like you have to effort this. In fact by removing the internal efforting, the struggle in trying to overtly rationalise or control the lower densities, the soul naturally ascends and takes on new bodily form in the higher densities of the 5th, 6th, and 7th. What we might also call the ‘Middle Realm’. 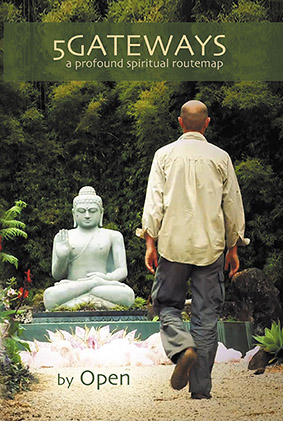 And to be clear, it is your soul that is ascending NOT the body. Plenty in the spiritual mainstream speak in terms of the body ‘raising vibration into the 5th dimension’. To me this is a definite misunderstanding. The body is configured of 1st density energy, designed to sit within that frequency of being within the Universal Torus. If you put 5th density vibration all through your physical cells, then it would likely explode!

What happens is that as we purify the lower density vehicles from toxification, through spiritual work, then the soul integrates and can flow more freely. The natural cycle of kundalini activates forms a reconnection with the source and the soul then begins to shift into the higher dimensions – the higher densities. For example, the soul brings alive, animates, the higher mind in the 5th density and the spirit light body of the 7th.

The Book 5GATEWAYS is an in-depth Text Book containing an overview of the 5 shifts of consciousness in the Journey of Ascension, with tools, tips, and advice…5GATEWAYS

How do you know if you are Ascending?

Plenty of people across the planet can now feel the shift into the 5D (and beyond). Based on spiritual work undertaken with groups around the world, in the Openhand forum, I summarise the 21 main symptoms. Here are the first 5 and a link to the remainder…

1) Expansiveness, timelessness and peace: as you surrender and let go of attachment to the 3D world, then consciousness naturally begins to expand into higher dimensions, especially 4D and 5D. So you’ll be having periods of time where you feel a deep sense of peace and expansion. There’ll be periods where it feels as if time has stopped or somehow just slipped by.

2) Interconnectivity, love for sentient life: you’ll have times where you feel interconnected with other sentient life – other creatures and nature in general. The heart will regularly fill with love in appreciation.

3) Signs and synchronicity: especially as you expand into 5D consciousness, and you’re paying attention to the sense of flow through the moment, then you’ll manifest, and pick up, more signs and synchronicity, attuning beingness, guiding the way and affirming you’re on an aligned path.

4) Density, karma and challenge: as you connect more into the mainstream of the soul, the flow within is going to pull on buried fragments of soul that are still stuck in karmic density and interconnected with the old paradigm. So you might feel light one moment, but then suddenly dredge up karma to be worked through.

5) Pulled in two different directions: we’re right in the middle of the “Inflexion Point” between the Old Paradigm and the New. Many around you will be stuck in the old densities and you may have threads of consciousness still holding into fixed relationships, yet the soul is wanting to realign them. Hence feeling pulled in different directions.

How Do Your Raise Vibration? 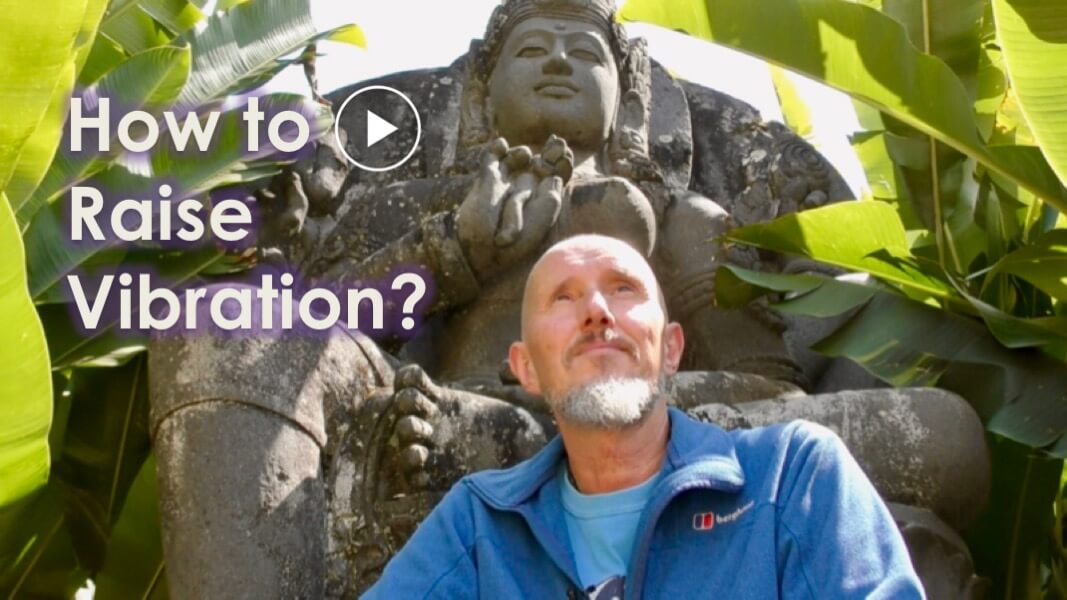 To Ascend into the 5th Dimension/Density (and beyond) is to raise your vibration, meaning to purify the lower bodily vehicles and integrate fragmented soul such that it reconnects you with the source through Full Kundalini Activation. The Soul is then naturally drawn to embody and express within the higher dimensions as well. It is your soul that ascends.

In an Openhand lead article, I summarised what I feel to be the top 10 ways to raise the vibration. Here are the first three and a link to the remaining seven…

1) Inner Inquiry: probably the first step is to become the observer of yourself – to be committed to witnessing yourself through all events and circumstances of your life. This way, identification with the ego personality is internally challenged. You start to know yourself more as the soul consciousness which is animating the ego personality. This is an essential step to begin the shift in vibration.
Trial this Ascension Meditation for Becoming the Internal Observer within the Shift

2) Formal Meditation & Spiritual Practice: after the initial soul connection it becomes essential to integrate more soul on a day by day basis. And so regular daily meditation and spiritual practice become utterly essential. Especially apply pranic breathing meditations and spiritual practice that challenge identification with the ego identity and help you attune more to the soul.
Sample this Breakthrough Breathing Meditation for Deeper Soul Alignment

3) Chakra Attunement: the soul infuses through the various densities of existence through the chakras. Where these get blocked, greatly determines your overall vibrational frequency. So apply chakra attunement meditations on a regular basis to free up the movement of soul into and through the various densities. This will help expose attachments in the external, that you may release them.
Here is a suggested Chakra Attunement Meditation

Why is it Important to Begin the Ascension Process?

Some people on the spiritual journey ask why is it necessary to embark on the Ascension process? A great shift is underway by our Mother Gaia into the Middle Realm of the 5th, 6th, and 7th densities. It’s a process designed to reclaim and realign her from thousands of years of derailing intervention, where an ET Opposing Consciousness has sought to suppress and control. We see this evident in the manipulative control system we’re living in, the excessive consumption and systematic disregard for the well being of other sentient life here.

In 2012 at the galactic alignment, Gaia shifted and centred her consciousness in the 5th density. Since that time, if you reflect back, much has changed on the planet, especially in terms of elevation of consciousness. More and more people are coming awake. And this is to do with the onset of a galactic superwave trigger, which is changing the atmospheres of all the planets in our solar system, including our sun, the Solar Logos. We’re venturing into a convergence of galatic, solar and earth transformations, leading to what some are calling the next Solar Nova Event, where a burst of galactic energy takes our sun into a micro nova, then precipitating dramatic earth changes brought on by a culminating Pole Shift
Here is the Process of Transformation from 3D to 5D Earth

In my knowing, it was a similar convergence that led to the sinking of Atlantis some 12,000 years ago, which many here still contain in their karma to process. To me, this one feels like it will be much more conclusive and complete, in terms of our 3D reality. This great purification, or Great Realignment as I term it, is designed to completely cleanse the earth of the Intervention and the karmic construct of the Old Paradigm. And so the invitation, the compulsion, is to progressively untangle from the old reality and allow the natural draw of the soul to raise your vibration and shift into the New Paradigm as it unfolds in the years ahead of us. A marvellous new reality awaits, one of co-creative harmony, joyful alignment with the natural flow of the universe, and unconditional love for all life.

As monumental as this may all seem, especially if you’re exploring it for the first time, these are tremendously exciting and adventurous times to be alive. We’re about to witness the most tremendous transformation imaginable, both for the Earth and within ourselves. Humanity is set to reclaim his/her rightful place as newly reborn Cosmic Divine Beings, what I’m given to call DIVINICUS, the divine-human.

There is no time to waste in engaging the process, this inner journey of soul revelation. Based on my experience of working with people around the world, it’s simply the most revitalising, rejuvenating and rewarding process imaginable. It feels like you’re coming back to yourself, and back to the loving embrace of the Universe. You feel like you belong. Come home, arrived!

My encouragement is to begin. And if you already have, then to deepen the inquiry. You’re embarking on the journey of your existence! 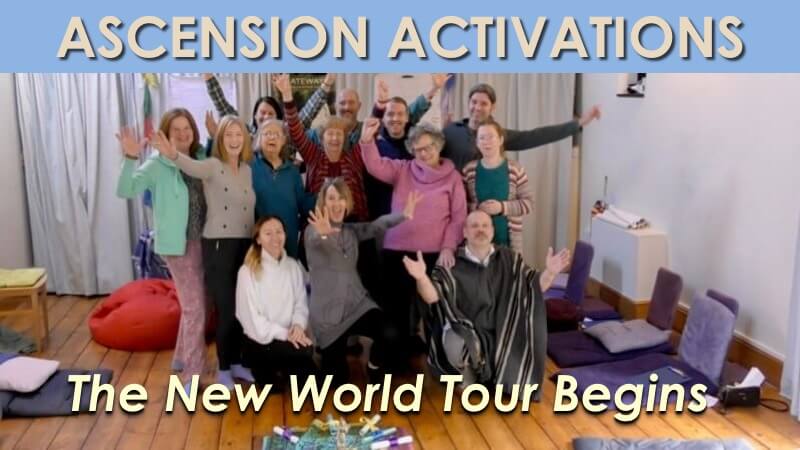 Openhand is conducting a World Tour in Sep/Oct/Nov 2020, both terrestrially and online, helping to Activate the Ascension process for people. We maintain it’s the only thing that really makes sense in our evolution at this time. Check out the program of events…The 5D Ascension Program

About Openhand: Openhand is a unique approach to spiritual evolution. Integrating enlightened wisdom of spiritual masters through the ages, it is a way of aligning with the Benevolent Guiding Consciousness of the Universe in your life. It helps you remove karmic blockages to unveil your Cosmic Self and unfold your Divine Destiny. It leads to authentic and alchemical living in the Earth’s Higher Dimensional Shift.
Join us…Openhandweb, Openhand FB, Openhand YouTube