Are We Living in a Dystopian Reality? | Dr. Joseph Mercola

A Letter to Our Descendants, From 2022

Hello, descendants. I am writing this from the year 2022. I am in America. Things are weird. Our governments have betrayed us, our science has been kidnapped and put on a ventilator, and our official media is already dead.

As we are approaching two years of this insanity, I want you to hear the story of how this tower of lies was built. This story is just the tip of the iceberg but it’s important to name the recent lies — and there have been so many of them!

In March 2020, the world went mad, and basic things like hugging a friend or going to visit your parents were declared extreme. Borders were closed. Children were kept away from school. Privacy was made a crime. Elder abuse was glorified. Going to a grocery store or just for a walk outside suddenly required donning a ritual mask.

It was as if the wheel was hijacked by cruel lunatics, and they just started barking orders at everyone that made no sense and caused tremendous pain — but the citizens were too shocked, and they obeyed.

Over time, for more shock and awe, more madness was introduced. Ritual masks became a permanent fixture, and some of the citizens lost their minds and started feeling endangered if they didn’t see masks on everyone’s faces, including the toddlers’.

Then, under a military program, the authorities came up with a medical product that was developed so quickly (at a “warp speed,” they said) that they could not have possibly tested it properly for safety — and yet, the product was declared holier than even the ritual masks, and the citizens were mandated to inject the mystery potion into their bodies if they wanted to go to work, eat at a restaurant, and in some cases, visit the family.

When the government first introduced it, they said that the mystery potion was so potent that it would stop the disease — and the madness would stop, and the normal life would resume at long last.

Soon though, it turned out the potion didn’t work very well and lost power quickly — not to mention strange side effects — so there was no return to old normal at all: only barking, and more fear, more injections, and ritual masks, forever and ever.

And so here we are. It’s 2022, our government has betrayed us, our science is on a vent, and our media is dead. Weird, huh? If this sounds to you like a bad dream (hope it does) — yes, it does sound absurd, and alas, this is our life. So, dear descendants, let us talk about the tower of lies that they built.

In February 2020, NIAID Director Tony Fauci published a paper in the New England Journal of Medicine, in which he said the following: “The overall clinical consequences of Covid-19 may ultimately be more akin to those of a severe seasonal influenza (which has a case fatality rate of approximately 0.1%) or a pandemic influenza (similar to those in 1957 and 1968) rather than a disease similar to SARS or MERS, which have had case fatality rates of 9 to 10% and 36%, respectively.”

The month he published that paper was the very last month of old normal. After that, no one was allowed to compare COVID to the flu without a punishment.

First, they changed definitions, some in the years preceding COVID, and some in the past two years. They updated the meanings of basic words like “pandemic,” “herd immunity,” “vaccine,” “vaccinated,” “unvaccinated,” “available ICU beds,” “breakthrough infections” (formerly known as “vaccine failure“), and many others.

Then, they told blatant lies. Below is an incomplete list of lies that has allowed them to maintain the madhouse we are in.

A pre-COVID Harvard-associated study concluded that less than 1% of all vaccine injuries get recorded:

Low reporting rates preclude or slow the identification of “problem” drugs and vaccines that endanger public health. New surveillance methods for drug and vaccine adverse effects are needed. Barriers to reporting include a lack of clinician awareness, uncertainty about when and what to report, as well as the burdens of reporting: reporting is not part of clinicians’ usual workflow, takes time, and is duplicative.”

VAERS is cumbersome. It takes no less than 30 minutes to file a report, and doctors don’t get paid for that. There is intimidating legal language of every page, and doctors are often discouraged from filing reports by their hospital systems. The number of adverse events reported to VAERS for COVID injections dwarves all adverse events from all vaccines for the entire time the system has existed.

Medicare data shows 48,465 deaths related to shots and supports the notion that VAERS data needs to be taken most seriously.

• We should trust Big Pharma — Sure, why not. Except vaccine manufacturers can’t be sued if this product causes injury; Pfizer has paid billions in settlements and tried to bribe its way out of criminal charges in Nigeria; Pfizer also asked the FDA to be allowed to not disclose its safety and other data for 75 years; They also bullied various governments to ensure total legal immunity.

And a FOIA-obtained “post-marketing” data (a part of the data that they wanted to hide from the public for 75 years) showed recorded adverse events and fatalities at a heartbreaking rate (1223 deaths in three months in their own data). 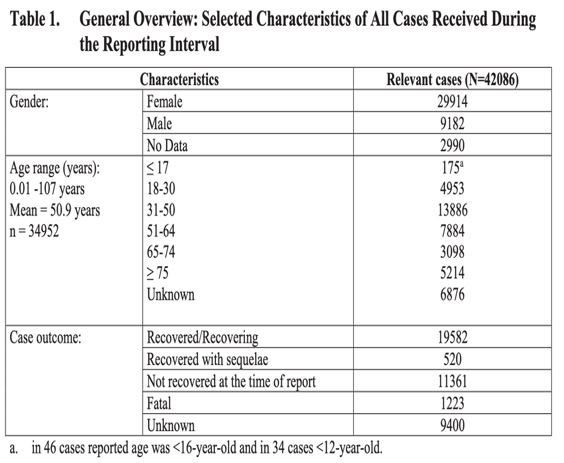 And here is one of my favorites when it comes to trust. Jim (or James) Smith, Chairman of the Thomson Reuters Foundation, is a Director at Pfizer. He also serves on the World Economic Forum’s … Partnering Against Corruption Initiative. Perfect. Speaking of media …

Who Owns the Media (and Everything Else)?

Here is an excerpt from the article called, “How a Company Called BlackRock Shapes Your News, Your Life, Our Future“:

Who controls the corporations who control our news? A helpful index was just compiled — not by mainstream media, but by Harvard researchers exploring media’s future. Skimming the list, I see two names again and again: BlackRock Fund Advisors and Vanguard Group.

• Sixteen percent of CBS, and therefore also of Sixty Minutes.

• Twelve percent of Disney, which owns ABC and FiveThirtyEight.

• Between ten and fourteen percent of Gannett, which owns more than 250 Gannett daily newspapers plus USA Today.

By the way, to see that the same trio also owns major stakes in every big company in every major industry, just go to Yahoo! Finance and see for yourself. Here is just one example: Pfizer. 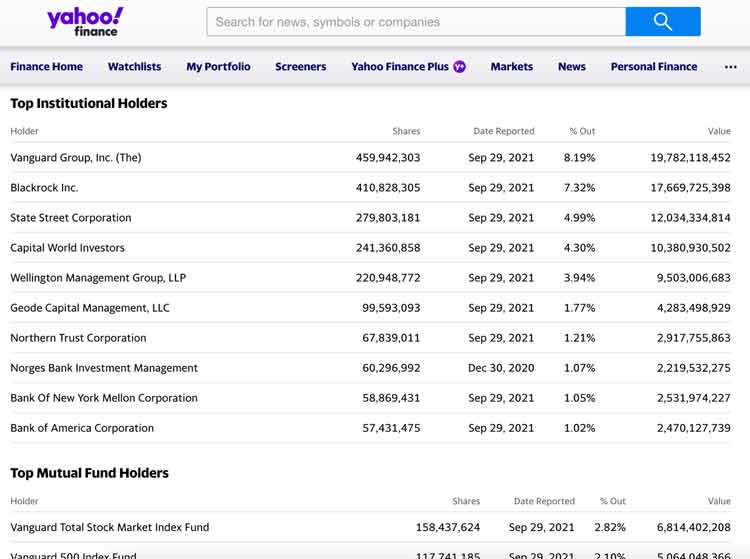 And here’s a quote from a Columbia Journalism Review article called, “Journalism’s Gates Keepers” about Bill Gates and his Foundation’s grants to the media:

“I recently examined nearly twenty thousand charitable grants the Gates Foundation had made through the end of June and found more than $250 million going toward journalism.

Recipients included news operations like the BBC, NBC, Al Jazeera, ProPublica, National Journal, The Guardian, Univision, Medium, the Financial Times, The Atlantic, the Texas Tribune, Gannett, Washington Monthly, Le Monde, and the Center for Investigative Reporting; charitable organizations affiliated with news outlets, like BBC Media Action and the New York Times’ Neediest Cases Fund; media companies such as Participant, whose documentary Waiting for “Superman” supports Gates’s agenda on charter schools; journalistic organizations such as the Pulitzer Center on Crisis Reporting, the National Press Foundation, and the International Center for Journalists; and a variety of other groups creating news content or working on journalism, such as the Leo Burnett Company, an ad agency that Gates commissioned to create a “news site” to promote the success of aid groups.

In some cases, recipients say they distributed part of the funding as subgrants to other journalistic organizations — which makes it difficult to see the full picture of Gates’s funding into the fourth estate.”

And here is an excerpt from a Mint Press News / Grayzone article called, “Documents show Bill Gates has given $319 million to media outlets to promote his global agenda,” according to which, the Foundation has given 319+ million dollars to media outlets. And while I disagree with the author on his dismissal of “conspiracy theories,” his analysis of Gates’ corruption is quite excellent. Below is just the award directly to media outlets:

With all this corruption, is it really that shocking that our mainstream science is dying and our mainstream media already dead and replaced by some kind of an infomercial zombie? Not that shocking, I think. And we have not even dug in the Great Reset and 4IR! I would like to end this story with an anecdote about my cab ride with the radio on.

The toxicity of the programming was through the roof — and yet to the driver, it seemingly felt normal, to my great surprise. There was not one factual truth in their entire reporting — and I wanted to scream — and yet the driver was not bothered at all.

So I guess, propaganda does work very well, and we have slid into a dystopian world. Which, as far as I am concerned, only means one practical thing: Not acceptable, and game on.

To find more of Tessa Lena’s work, be sure to check out her bio, Tessa Fights Robots.