Archeologists Announce The Discovery of a 3,700 Year-Old Pyramid In Egypt 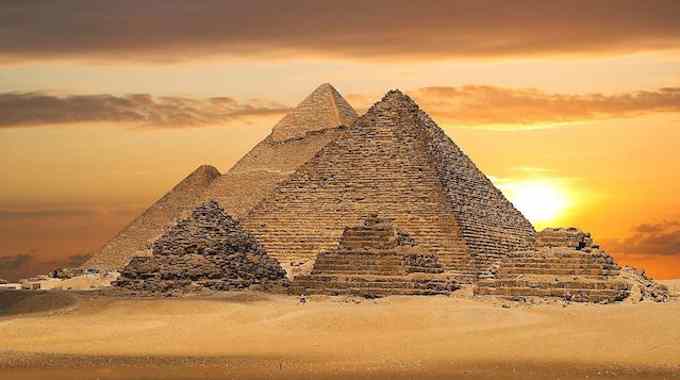 A land steeped in ancient history and thought to be the birthplace of Western civilization, Egypt — and its monuments in particular — continues to mystify and intrigue historians and archaeologists. The majority of these monuments reside on the west side of the Nile, known as the Land of the Dead. And on the east side of the Nile, monuments were reserved for the use of the living.

A prosperous and highly religious people, Egyptians took advantage of the land they lived on and its great resources. A nation of perfectionists, their attention to detail served them well throughout their industrious endeavours. Because the Egyptians believes their king a mortal god, who became one with the immortal gods when he died, it became necessary to protect his body, and so the attention to proper burial came to be, hence the giant pile of solid stone.

Along with the pyramids serving as tomb, they also functioned as a temple complex for the deified Pharaoh.

An interesting thing to note is that the bodies one would assume to find in the pyramids weren’t there, or anywhere else, for that matter! So many discoveries remain to be uncovered despite what we already know, and this is perhaps the most exciting part of it all.

Now, Egyptianarchaeologists have announced a new discovery that is likely to further intrigue, and potentially stir up more questions.

The team found a pyramid believed to be 3,700 years old, dating back to ancient Egypt’s 13th Dynasty.

Origin of Religions – Egypt 3000 BC- Horus, Born on December 25th of a Virgin

If you are religious, this video may shake the foundations of your beliefs. Or it may make you think in a different direction. The addition of alternate information and options is never a negative. Out of such additions comes invention, imagination, and expansion.  The origin of religion is explained in under 10 minutes.

Part I, Part II and Part III are available to the public and listed below. … If you do not agree with the content of these videos, that is perfectly within your right. There will be no debates on ‘what you believe in’.

These videos are short clips [made by Leo Phoenix] of a series called ‘Zeitgeist’ that first originated in 2007.

The complete series of films were made by Peter Joseph and can be seen here:|zeitgeistmovie.com  Winner of multiple films awards noted below, they have been watched by millions at film festivals and free on You Tube. The most recent addition is in 2015.

An entire global movement,currently with 162 chapters, the Zeitgeist Movement , is a sustainability advocacy organization, which conducts community based activism and awareness actions through a network of global/regional chapters, project teams, annual events, media and charity work. has been created  based on the truth of the films. It has multiple global chapters but has no allegiance to any country or traditional political platforms. It views the world as a single system and the human species as a single family and recognizes that all countries must disarm and learn to share resources and ideas if we expect to survive in the long run. Hence, the solutions arrived at and promoted are in the interest to help everyone on Earth, not a select group.