The Planet’s 500 Richest People Added $1.8 Trillion to Combined Wealth in 2020 Amid Warnings of Surging Worldwide Poverty 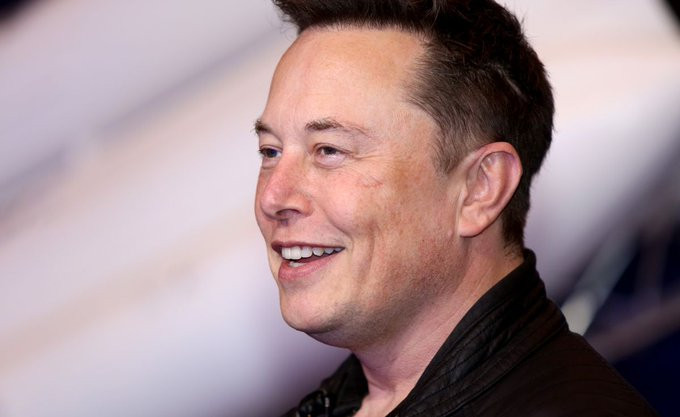 Tesla CEO Elon Musk saw the greatest increase in personal wealth in 2020—reported to be the fastest wealth creation in history, according to Bloomberg. (Photo: Liesa Johannssen-Koppitz/Bloomberg)

Bloomberg‘s year-end report on the wealth of the world’s billionaires shows that the richest 500 people on the planet added $1.8 trillion to their combined wealth in 2020, accumulating a total net worth of $7.6 trillion.

The Bloomberg Billionaires Index recorded its largest annual gain in the list’s history last year, with a 31% increase in the wealth of the richest people.

The historic hoarding of wealth came as the world confronted the coronavirus pandemic and its corresponding economic crisis, which the United Nations last month warned is a “tipping point” set to send more than 207 million additional people into extreme poverty in the next decade—bringing the number of people living in extreme poverty to one billion by 2030.

Even in the richest country in the world, the United States, the rapidly widening gap between the richest and poorest people grew especially stark in 2020.

As Dan Price, an entrepreneur and advocate for fair wages tweeted, the 500 richest people in the world amassed as much wealth in 2020 as “the poorest 165 million Americans have earned in their entire lives.”

The 500 wealthiest people got almost $2 trillion richer in the pandemic, which is what the poorest 165 million Americans have earned in their entire lives, combined

And those 500 pay the lowest tax rate of any group in the countryhttps://t.co/WNaTgVkynA

Nine of the top 10 richest people in the world live in the United States and own more than $1.5 trillion. Meanwhile, with more than half of U.S. adults living in households that lost income due to the pandemic, nearly 26 million Americans reported having insufficient food and other groceries in November—contributing to a rise in shop-lifting of essential goods including diapers and baby formula. About 12 million renters were expected to owe nearly $6,000 in back rent after the new year.

Tesla CEO Elon Musk enjoyed a historic growth in wealth last year, becoming the second richest person in the world and knocking Microsoft co-founder Bill Gates down to the third place. Musk’s total net worth grew by $142 billion in 2020, to $170 billion—the fastest creation of personal wealth in history, according to Bloomberg.

Amazon founder Jeff Bezos is at the top of the list, with a net worth of $190 billion. Bezos added more than $75 billion to his wealth in 2020, as the public grew dependent on online shopping due to Covid-19 restrictions and concern for public health.

While Bezos and a select few others in the U.S. have amassed historic gains in personal wealth in the last year, the federal government has yet to extend much in the way of meaningful assistance to struggling Americans. The Republican-led Senate on Friday continued to stonewall a vote on legislation that would send $2,000 checks to many American households.

Senate Majority Leader Mitch McConnell (R-Ky.) denounced the proposal as “socialism for rich people” even though the plan includes a phaseout structure and individuals making only up to $115,000 per year—not those in the highest tax brackets—would receive checks.

“Surging billionaire wealth hits a painful nerve for the millions of people who have lost loved ones and experienced declines in their health, wealth, and livelihoods,” Chuck Collins, director of the Program on Inequality and the Common Good at the Institute for Policy Studies, told Bloomberg this week. “Worse, it undermines any sense that we are ‘in this together—the solidarity required to weather the difficult months ahead.”

Our work is licensed under a Creative Commons Attribution-Share Alike 3.0 License. Feel free to republish and share widely. 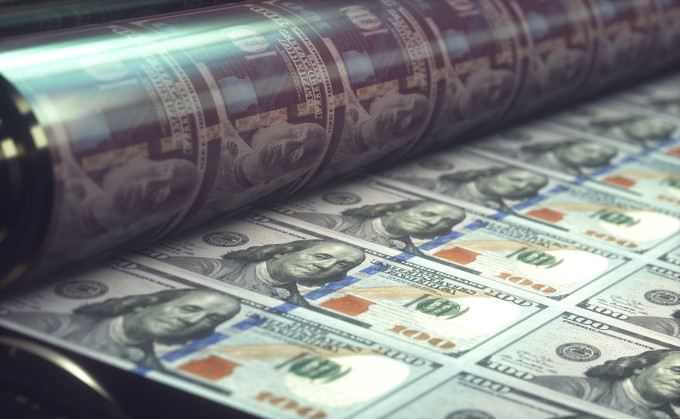 New research published Monday found that the top 1% of U.S. income earners have taken $50 trillion from the bottom 90% over the past several decades and that the median worker salary would be around twice as high today as it was in 1945 if the pay had kept pace with economic output over that period.

The three decades following WWII saw a period of economic growth that was shared across the income distribution. This reduced income inequality by most measures.

But since then, the benefits of growth have not been evenly shared.

According to the study—which was funded by the Seattle-based Fair Work Center—the median salary of a full-time U.S. worker is currently about $50,000. Adjusted for inflation using the consumer price index, workers at or below the current median income now earn less than half of what they would have if incomes had kept pace with economic growth. This means that if salaries had kept pace with economic output, the median worker pay would be between $92,000 and $102,000 today, depending on how inflation is calculated.

Had the more equitable distribution of the roughly 30-year postwar period continued apace, the total annual income of the bottom 90% of American workers would have been $2.5 trillion higher in 2018, or an amount equal to about 12% of GDP.  In other words, the upward redistribution of income has enriched the 1% by some $47 trillion—which would now be more than $50 trillion—at the expense of American workers.

David Rolf, a Seattle labor organizer, president of the Fair Work Center, and founder of Service Employees International Union (SEIU) Local 775, is blunter. He calls this “the $2.5 trillion theft.”

Every year, $2.5 trillion—that's trillion, with a “t”—is redistributed from the bottom 90 percent of Americans to the wealthiest 1 percent. That $50 trillion used to go to working Americans. It’s instead been rerouted to the pockets of the top 1 percent. https://t.co/d4hNjlIKhS

“From the standpoint of people who have worked hard and played by the rules and yet are participating far less in economic growth than Americans did a generation ago, whether you call it ‘reverse distribution’ or ‘theft,’ it demands to be called something,” Rolf, who helped lead the fight for a $15 hourly minimum wage in Seattle and beyond, told Fast Company.

On the other hand, had the economic pie been divided more equitably, the income of the top 1% would fall from around $1.2 million to a still-affluent $549,000.

“We were shocked by the numbers,” said Nick Hanauer, a venture capitalist and self-described “zillionaire” who, along with Rolf, came up with the idea for the study. “It explains almost everything,” Hanauer told Fast Company. “It explains why people are so pissed off. It explains why they are so economically precarious.”

Sen. Bernie Sanders (I-Vt.), who made correcting economic inequality a pillar of both of his presidential bids, lamented the “h-u-g-e redistribution of income in America” in a Monday tweet.

Since 1975, there has been a h-u-g-e redistribution of income in America, but it has gone in the wrong direction. Over the past 45 years, $50 trillion has been taken out of the pockets of the bottom 90% and into the hands of the top 1%—costing the median worker $42,000 a year.

The researchers’ findings, which come amid a deadly coronavirus/Covid-19 pandemic, shine a light on the injustice of an economy—by far the wealthiest in the history of civilization—in which essential workers struggle mightily, and often in vain, to survive while the richest people grow ever richer at their expense.

According to Americans for Tax Fairness, the total wealth of U.S. billionaires increased by $792 billion, or 27%, during the first five months of the Covid-19 pandemic. During this period, Amazon CEO Jeff Bezos, the world’s wealthiest person, has become the world’s first multi-centibillionaire, with a net worth now surpassing $200 billion. Meanwhile, his employees struggle to make ends meet, and Amazon workers who speak out against poor pay and hazardous working conditions during the pandemic have been fired and derided by company executives.

Compared to other most-developed nations, the U.S. has done a relatively poor job of taking care of its people during the pandemic. In addition to the U.S. being the only developed nation without universal healthcare, its workers have received less indirect payments and government support than people in many comparable countries.

The gap between the richest and poorest U.S. households is now wider than it has ever been in the past 50 years, according to the most recently available data from the U.S. Census Bureau. The pandemic has only exacerbated the situation, as around half of lower-income American households have reported a job or wage loss due to Covid-19.

Internationally, the U.S. ranks 39th out of over 150 nations in income inequality, according to Gini coefficient data compiled by the CIA, placing it roughly on par with nations like Peru and Cameroon. Among Organization for Economic Cooperation and Development (OECD) nations, the U.S. has the seventh-highest level of income inequality.

The U.S. has the highest poverty rate among the world’s most developed nations, and the fourth-highest poverty rate among OECD nations after South Africa, Costa Rica, and Romania. According to UNICEF, the U.S. also has the second-highest rate of childhood poverty in the developed world behind Romania, with more than one in five U.S. children—and over one in four Latinx children, and nearly one in three Black and Native American children—living in poverty.

This year, more than 54 million Americans, or roughly one in every six people—including 18 million children—may experience food insecurity, according to the nonprofit group Feeding America.