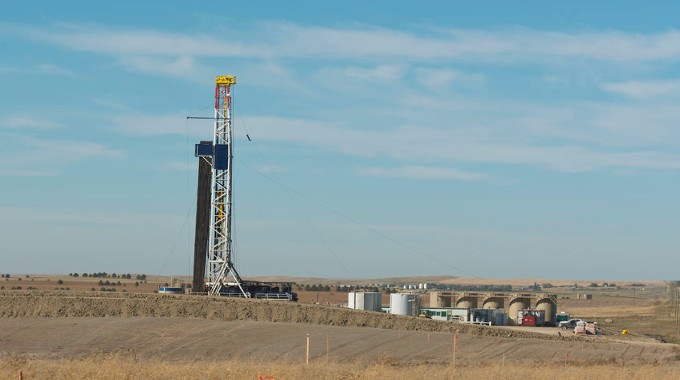 Three days before oral arguments are scheduled in the 10th Circuit Court of Appeals on Bureau of Land Management safety measures to regulate fracking operations on public lands, the U.S. Department of Interior is moving ahead with its plan to rescind the 2015 rule.

The rule, which was the product of nearly five years of agency work, expert input, public comments and hearings, never went into effect after it was challenged immediately by oil and gas industry trade associations. After a district court judge set aside the rule in 2016, BLM and citizen groups appealed to the 10th Circuit in late 2016.

The Trump administration, however, reversed course in March 2017 and announced that it would propose repealing the rule. Today, the administration formalized that reversal with a proposal to be published Tuesday for public notice and comment.

“This is another cynical move by the Trump administration that sacrifices our public lands and public safety as a favor to the oil and gas industry,” said Michael Freeman, the attorney for Earthjustice who is representing environmental groups who support the safety rules in the legal action.

Despite a request by the administration to stay the appeal, the 10th Circuit scheduled oral argument for July 27.

“The timing of this proposal is obviously linked to this week’s oral argument. It is part of the administration’s effort to circumvent the law by asking to stay this appeal while leaving the lower court ruling in effect. We oppose that request, and we’ll see the agency in court Thursday morning,” Freeman said.

The rule calls for drillers to disclose what chemicals are used in fracking fluids and to perform tests on the integrity of the wells before drilling can begin. It was the first time the rules had been updated since the 1980s.

In its proposal to rescind the rule, the Interior Department said, “BLM believes that the 2015 final rule unnecessarily burdens industry with compliance costs and information requirements that are duplicative of regulatory programs of many states and some tribes.”

BLM staff members in New Mexico have reported, however, that they do not perform onsite inspections of hydraulic fracturing operations because “the work is too dangerous” under existing rules.

How Fracking Fracked Up This Woman’s Life

What would you do if one day you woke up and the water in your well was a brown, viscous mess?

That’s what happened to Tachia Sandoval almost 20 years ago. She came from Albuquerque, New Mexico, to Las Animas County, Colorado, in the 1990s, getting away from decades in the city to live on the land and get back to her country roots. She found a beautiful piece of land with a modest house that she made into the home of her dreams, a place for her and her many animals to roam, and some space to spend more time making the art and jewelry that give her life balance.

But not a year had passed before the fracking started all around her. Dozens of roads to hundreds of wells went up. The sound of rumbling trucks replaced what had once been silence. And the water went foul. Now, Tachia spends many hours each week hauling water to and from her land.

Related Article: The Tell All Book The Fracking Industry Doesn’t Want You to Read

Colorado has been overrun by the oil and gas industry in the last few decades. It is one of the most fracked states in the country, with tens of thousands of active wells dotting the once pristine landscape, roads to and from them stretching across the land like thin scars. The oil and gas industry eyes it as a growth opportunity, sending tens of millions of out of state dollars into Colorado’s political system to buy the legislation it wants.

Just last summer, Greenpeace stood shoulder to shoulder with the grassroots anti-fracking activists of Colorado in trying to get some commonsense rules on the books. One initiative would allow communities like Tachia’s to democratically say no to fracking. Another would set fracking wells at a reasonable distance from important town infrastructure, like schools, hospitals and homes.

Related Article: Recent Study Shows 10 Years of Fracking Has Been a ‘Nightmare’ for Our Environment

We met Tachia during last summer’s fight and are humbled that she helped us tell her story.

Protecting water from the oil and gas industry is a growing concern. 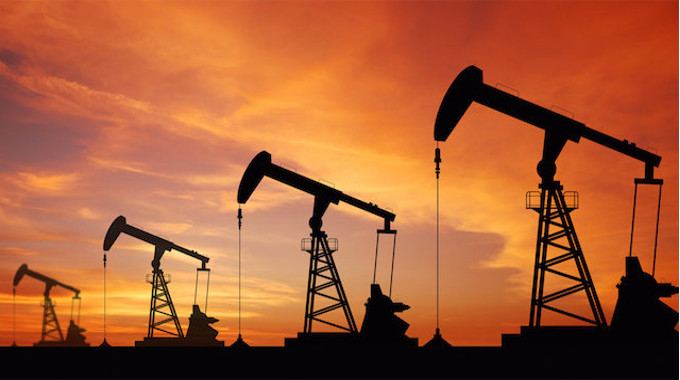 This is how big oil conquered the world.

In the effort to find a cheaper source for kerosene, on Sunday, August 28th, 1859, “Colonel” Edwin Drake struck black gold in Titusville, Pennsylvania, in what was the world’s first oil well, thereby officially beginning the global oil revolution. It is predicted that in 2016 the world will an astounding, “worldwide average demand of nearly 96 million barrels of oil and liquid fuels per day – that works out to more than 35 billion barrels a year.” [1]

“Drake’s well proved that by drilling for it, oil could be found in abundance and produced cheaply. Overnight a whole new industry was born. Before long in millions of homes, farms and factories around the world, lamps would be lit with kerosene refined from West Pennsylvania crude.” [Source]

From that moment, the oil boom began and it was players like John D. Rockefeller who made the first fortunes in turning West Pennsylvania crude into a product that would fuel the world.

Today, there is no doubt that the oil industry is the most powerful economic and development force in the world, and with the recent developments in fracking, the industry is still expanding. There are now over 1.1 million active gas and oil wells in the United States alone, and citizens are beginning to wake up to the reality that oil companies have more rights within the law than ordinary citizens do, and the struggle to stop the oil industry’s advances into our communities is escalating.

Disasters like the Deepwater Horizon and countless other spills, train-wrecks, pipeline explosions and leaks make quick circulation in the news and in disaster struck areas, corporate police prohibit media coverage and even impede public clean up efforts. In the wilds of Canada the Tar Sands oil operations are scorching unfathomable tracts of wilderness. It is as though oil companies literally own the environment and can do as they please without any meaningful repercussions.

Aside from the impact that the oil and gas industry has on our communities and the environment, the world is now geo-strategically organized around the collection and domination of oil resources. The Middle East has been deliberately destabilized in the war on terror and is being taken over by oil companies escorted into no-man’s-lands by private military contractors.

Dictators like the those in the House of Saud are propped up and are free to roam the world with ridiculously lavish riches, entirely above the law. Even the escalating and complicated struggle with ISIS is now entangled in the dramatic and very lucrative oil trade. Russian President Vladimir Putin recently delivered on his promise to provide evidence of how Turkey and other nations are supporting ISIS by knowingly conducting trade with the terrorist organization.

“If you want to rule the world you need to control the oil. All the oil. Anywhere.” -Michel Collon, Monopoly

The oil industry is also well-known for its monopolistic tactics in preventing the proliferation of energy technologies that could offer alternatives to oil, or to make our oil usage much more efficient than it is now.

How was our entire world and culture so thoroughly dominated by the oil industry in just over 150 years?

Recently released, a new documentary film by James Corbett of the Corbett Report brings to light the lesser known and more obscure parts of the quest to bring oil to market and change the course of human history, dubbing it the ‘Rise of the Oiligarchy.  It is a new must-see documentary that brings extraordinary perspective to our troubled world.

Terence Newton is a staff writer for WakingTimes.com, interested primarily with issues related to science, the human mind, and human consciousness.

This article (Big Oil Conquered the World in Just 150 Years – Here’s How) was originally created and published by Waking Times and is published here under a Creative Commons license with attribution to Terence Newton and WakingTimes.com. It may be re-posted freely with proper attribution, author bio, and this copyright statement. Please contact WakingTimes@gmail.com for more info.