Can We Help Young Brains Fight Off Anxiety? 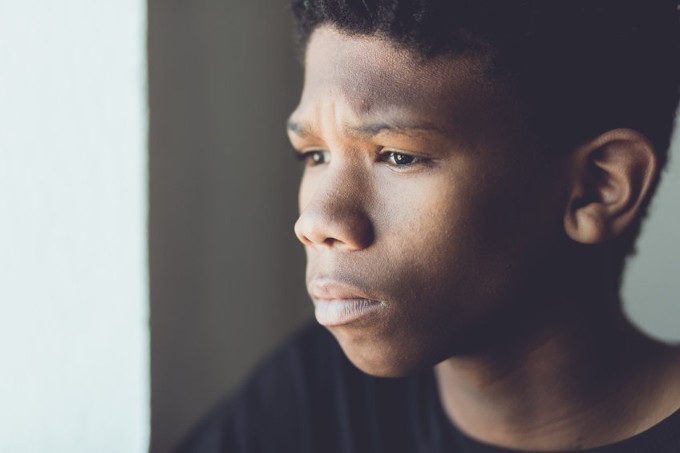 Anxiety is one of the most common childhood mental disorders. About 7% of children suffer from it at any given time, with nearly 1 in 3 adolescents experiencing it sometime during their teen years.

For an anxious child, seemingly normal activities can be hard. Worried kids have trouble adjusting to school, making friends, and learning. They can feel inhibited, avoiding challenges by running away or retreating into themselves. While parents may feel desperate to help, their approaches can backfire. For example, trying to talk kids out of their feelings or keep them away from anxiety-producing situations may inadvertently make the anxiety worse.

To help anxious kids, clinicians have developed science-based treatments, like cognitive-behavioral therapy, to alleviate symptoms. But the treatments can be cumbersome and expensive, and they don’t always work. Anxiety in kids as young as preschool-aged can be a sign of future trouble—a precursor to later disorders, like social anxiety, phobias, or obsessive-compulsive disorder. But less is known about how to stop anxiety in its tracks at very young ages, when kids may not even have the cognitive capacity to benefit from the treatment.

What if very young kids could be inoculated against anxiety somehow, sparing them from a future of worry and inhibition? A new line of research conducted by Kate Fitzgerald, professor of Psychiatry and Obstetrics at the University of Michigan, suggests this may be possible.

Fitzgerald has been studying very young children with anxiety symptoms and making important discoveries about the brain markers for childhood anxiety. Building on this work, she and her team have created a training program for young children aimed at increasing their cognitive capacities, helping to lessen their anxiety—both immediately and, possibly, in the future.

“We hope our work will show that childhood anxiety is not inevitable, but might be prevented with the right intervention,” says Fitzgerald. “So far, it’s looking promising.”

The neuroscience of anxiety

When we face challenging or scary situations in life, our brains naturally go into action. The amygdala sends out neurochemicals (like adrenaline) to make our hearts pound and prepare our bodies to “fight-flight, or freeze” in case of danger. At the same time, the frontal lobes engage our cognition to assess the situation, draw from past experience, and problem-solve to come up with an appropriate response. In healthy people, these dual systems work in tandem—one putting on the gas and the other applying the brakes—depending on what’s needed.

In the context of this process, a little bit of anxiety can have a positive side—like when it motivates us to practice hard to master a piano piece or study for a test. But, in anxious people, that gas pedal goes to the metal every time, making them want to run or flee challenge. It can be debilitating and exhausting, too, as they often have to exert a lot of effortful control just to get through. Facing stressful situations while tamping down that fear response is key to overcoming anxiety—in adults as well as older kids.

But in young kids, Fitzgerald and her team are discovering, the brain may respond a little differently. For example, four to seven-year-olds have a higher-than-normal startle response in “neutral situations”—where nothing threatening is happening—but have a normal startle response in scary situations that any child might react to. That suggests that they have more to overcome when facing everyday challenges, like going to school or meeting new people.

Her team has also discovered that a part of the brain that responds when people make a mistake—the error-related negativity (or ERN)—is weaker in anxious five to seven-year-olds than in worried older children and adults. That’s likely because young kids don’t have well-developed cognitive capacities that could help them understand that errors happen, aren’t scary, and can often be fixed. Without more cognitive control, their startle response wins out, making them anxious, says Fitzgerald.

A young child with low cognitive control is also more likely to develop anxiety later on in childhood, while one with a higher capacity will be more resilient to stress. Raising cognitive control (which can be measured by the ERN) could both treat anxiety in young children and potentially prevent it from becoming worse over time.

“If we could just help kids gain some cognitive control when they are anxious, it could really make a difference in how they deal with stressful situations,” says Fitzgerald. “We just need to empower them.”

To test this idea, Fitzgerald and her colleagues conducted a pilot study (as yet unpublished) with anxious four to seven-year-olds. The children came to a “camp” the researchers designed called Kid Power for four half-day sessions over two weeks. At the camp, children played fun, ordinary childhood games, like “Simon Says” and “Red Light/Green Light,” that help strengthen cognitive control.

Counselors at the camp gradually increased the challenge within the games to help kids master the skills needed to do well—like being flexible, using their working memory, and inhibiting undesirable responses (like moving when they’re supposed to freeze). They also enjoyed the company of other kids, with whom they brainstormed ways to improve their performance. And parents participated at the end of each session, learning the games from their kids so they could practice playing together at home.

To see the effects this training had on the kids’ brains and behavior, Fitzgerald and her colleagues measured their startle response and ERN before they attended the Kid Power camp and four to six weeks after. To do that, they had kids play computer games that required cognitive control while wearing special monitors that could capture their startle and ERN responses when they made mistakes. Additionally, the researchers gathered information from the parents and the kids themselves about anxiety symptoms before and after the camp.

After analyzing the data, the team found that the children’s ERNs increased (signifying greater cognitive control), while their startle responses went down—a pattern associated with less anxiety at that age.

“The brain signal that related to detecting an error actually increased, but in a good way,” said Fitzgerald. “Kids were getting better at doing hard things, stopping instinctual responding, including the fear response.”

This mirrored the children’s (and their parents’) own assessments. They reported fewer anxiety symptoms, including fear and avoiding challenging situations, after the training—something Fitzgerald found particularly rewarding.

“It’s exciting to link the brain to behavior, but what’s even more rewarding is the individual children we’ve seen go through the program who are experiencing fewer anxiety symptoms,” she says.

For example, one parent reported that her daughter, who’d had symptoms of the obsessive-compulsive disorder prior to attending the Kid Power camp, had made a noticeable improvement, even while the camp was still going on.

“She didn’t want to leave while she was here, and she was in a better mood during the week in between—a little less rigid and able to experience more joy,” the parent wrote in an evaluation.

Fitzgerald recalls another five-year-old camper who’d been very afraid of making mistakes in his kindergarten class, which led to bouts of crying and other disruptive behaviors, requiring daily calls home. After attending the camp, though, and learning how to calm anxiety, everything changed.

“After a week of playing those games that were part of the intervention, those calls from home stopped,” says Fitzgerald. “His mom was impressed because earlier counseling with a trained therapist had not led to improvement. Only after Kid Power did he successfully adjust to kindergarten and begin to enjoy it.”

With encouraging results from this pilot study, Fitzgerald applied for and received a $3 million National Institutes of Health grant to expand the Kid Power program and conduct further research. She hopes future studies will help her nail down the key ingredient in the program that led to reduced anxiety and, potentially, find a way to tailor treatment to individual children—some of whom may need a stronger dose of the training or slightly different activities to improve, she says.

If her initial findings hold, her work could have broad implications, providing a template that others can follow for treating and preventing childhood anxiety disorders in the future.

“Interventions are within reach,” she says. “As we work to understand the science behind anxiety in young minds, we can use that science to develop treatments that are more effective.”

This article was originally published by AIM Youth Mental Health, a non-profit dedicated to finding and funding promising youth mental health research that can identify solutions to make a difference in young people’s lives today, which contributed to funding Kate Fitzgerald’s research. Read the original article.

Jill Suttie, Psy.D., is Greater Good’s former book review editor and now serves as a staff writer and contributing editor for the magazine. She received her doctorate of psychology from the University of San Francisco in 1998 and was a psychologist in private practice before coming to Greater Good.