Editor’s Note: This is one of our most popular posts ever and one of my very favorite videos. I’m reposting it for those who haven’t yet had a chance to watch this amazing video. And, for those who have, I think you’ll like watching it again. Enjoy!

You’ll be convinced of the authenticity of Anna’s work when you see her share communication from Diablo that only his new caretakers could know.

You’ll also be amazed by Diablo’s rapid transformation — from snarling and defensive to relaxed and open right — before your eyes.

One sweet moment is when Anna shares Diablo’s request that his name be changed to something less dark and ominous. His wish was granted, and his caretakers changed his name to Spirit.

It’s an amazing and emotional video, and it makes you wonder. Perhaps animals are talking to us all the time, and we just need to learn to listen the way Anna does. 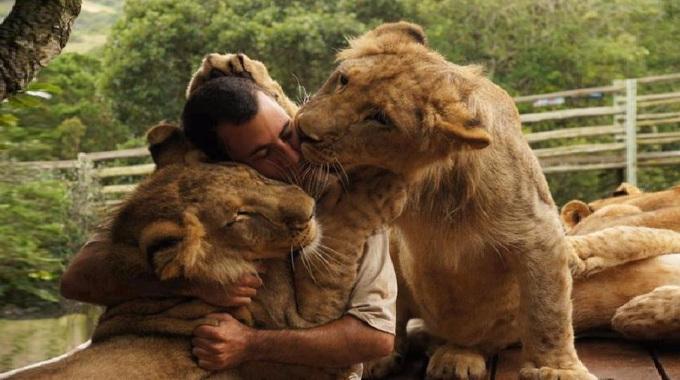 By Makia Freeman | Wake Up World

Related Article: Things I Wish All Dog Owners Would Understand

Animal communicators have most likely existed for a long time, probably in every single culture in the world. It is only in our modern Western materialistic culture, which has been influenced by mainstream institutions of religion and science based on perceiving a reality of separateness, that such a possibility seems so outlandish. However, as the following examples show, animal communication, also known as interspecies communication, is a very real phenomenon. These animal communicators are able to access knowledge from and about these animals that they could not possibly have otherwise known.

Anna Breytenbach is a professional animal communicator who has displayed a jaw-dropping ability to communicate with animals. As seen in this video, embedded below, Anna was summoned in the case of the black leopard who had been moved to a South African wild cat park. He was given the name Diabolo (similar to the Spanish word for devil) and was clearly an unhappy cat. He mostly snarled at anyone who went near. The owners of the park (Jurg and Karen Olsen, the Jukani Predator Park in South Africa) were afraid of approaching him. They summoned an animal communicator (Anna) for help. After communicating with the leopard, she learnt that one of the reasons for him being upset was that he thought something was expected of him. The other reason was that he was worried about what had happened to 2 young cubs at the last place he was being kept.

When Anna relayed this to the park owner Jurg (who had professed on camera that he did not believe in animal communicators), Jurg broke down and cried. He confirmed that they were indeed 2 young cubs at the previous place. He told Anna to reassure the black leopard that nothing would be expected of him here – and that the 2 young cubs were safe. This relieved the leopard to the point where he opened up and became friendly. His name was subsequently changed to something more fitting – Spirit. There is no way Anna could possibly have known this information beforehand. She learnt it telepathically. She was told this by an animal!

In this video, Anna talks of her communication with sharks at Byron Bay in Australia. She explains how she telepathically contacted a “Great White Shark consciousness” which allowed here to understand how sharks act – and why they occasionally “attack” humans. Anna reveals that the normal food for sharks has been overfished and reduced. Additionally, fishing nets have hemmed them in. Thus, there are more sharks in a smaller area looking for a smaller amount of food than before, which creates a competitive environment. Sharks are very sensitive creatures, and when they encounter humans doing competitive water sports (e.g. water skiing or surfing where a rider catches a wave [predator language]), they are drawn to those humans because of a frequency match. However, Anna stresses that since sharks “test” with their mouths, when they bite a human or approach with their mouths open, they are usually not trying to eat us. They are overall not interested in eating human flesh, which they find unpalatable.

Related Article: Dr. Linda Bender on Our Connection to Animals

Kevin Richardson, or the Lion Whisperer as he is known, is an incredible example of how humans can co-mingle with lions, tigers, hyenas and other traditionally fierce predators. Kevin has a very close relationship with many wild animals. In this video, he explains how he became a valued family member of both a hyena and lion pride. He also explains the invisible (to most humans) dynamics of how hyenas and lions arrange themselves in societal structures. For instance, hyenas are matriarchal; the lowest-ranking female is higher than the highest ranking male. Kevin has fully immersed himself in the life of these animals to learn these nuances.