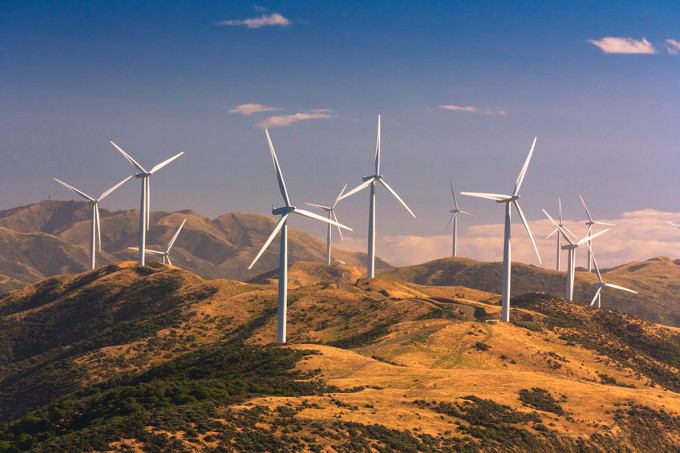 The New Zealand Parliament earned worldwide praise Thursday for its near-unanimous passage of the “historic” Zero Carbon Act, which aims to combat the global climate crisis by reducing net carbon emissions to zero and drastically cutting methane pollution by 2050.

Although spearheaded by the leftist government of Prime Minister Jacinda Ardern, the bill was backed by the country’s various political parties and passed 119-to-1. “Today, we have made a choice that I am proud of, that will leave a legacy, and that I hope means the next generation will see that we, in New Zealand, were on the right side of history,” Ardern told Parliament.

The Zero Carbon Act was crafted to help New Zealand meet the main goal of the 2015 Paris climate accord: limiting global temperature rise to 1.5°C above pre-industrial levels. The legislation will create an independent Climate Change Commission to advise the government on meeting its reduction targets, which include slashing methane emissions 24-47% by 2050.

“This is a historic piece of legislation and is the centerpiece for meaningful climate change action in New Zealand,” declared James Shaw, the country’s climate minister. “Climate change is the defining long-term issue of our generation that successive governments have failed to address.”

“We’ve led the world before in nuclear disarmament and in votes for women, now we are leading again,” Shaw said. “The budgets provide the pathway towards the 2050 target and confidence for New Zealanders that we are moving towards a more climate-resilient future.”

New Zealand has placed itself on the right side of history in the battle against climate change by adopting a measure to cut carbon emissions to net zero by 2050 👏🏽👏🏽👏🏽 https://t.co/OUDQufx4CL

In a series of tweets, Oxfam New Zealand campaigns coordinator Alex Johnston called the bill’s passage a “historic moment, and a huge step-up for the country.”

“Now continues the work to actually cut our pollution, and do that in a transformative and just way,” he added. “But this is a huge win for so many people that have driven this from a concept to piece of legislation.”

Johnston highlighted the work of activists and groups that fought for the legislation, including the youth wings of the Green and Labour parties, the #SchoolStrike4Climate movement, Generation Zero, Action Station, Forest & Bird, World Vision, Tearfund, ChildFund, the Church Climate Network, and WWF-New Zealand.

The journey to today where this legislation will finally be passed has been nothing short of remarkable, led by so many groups, organisations and people across the country. To everyone who’s played a role in the ZCB, thank you. https://t.co/wryWzfobjg

In a statement celebrating the vote, WWF-New Zealand climate change program manager David Tong said that “we are thrilled Parliament heard our call and passed the Zero Carbon Act. Together, they crossed party lines to unify for our environment.”

“This means businesses and people can now work together on a stable foundation to future proof Aotearoa from the climate crisis,” Tong added, using the Māori name for New Zealand. “Together, it’s possible.”

Tong noted that “over 215 New Zealand businesses, community groups, and leaders joined the public to make their voices heard by calling for cross-party consensus.”

THE ZERO CARBON ACT IS LAW!

Greenpeace climate and energy campaigner Amanda Larsson congratulated “Generation Zero and all of the people who worked so hard to get the Zero Carbon Act across the line” and said now “the government can get to work on introducing policies to cut climate pollution.”

“Climate change won’t be fixed by the Zero Carbon Act alone,” Larsson continued. “The government must now implement bold and courageous policies that will roll out heaps of new solar and wind energy, replace dirty transport with clean alternatives, and support farmers to transition from industrial to regenerative agriculture.”

Outside of New Zealand, the legislation’s passage was also welcomed by Patricia Espinosa Cantellano, executive secretary of the United Nations Framework Convention on Climate Change (UNFCCC).

“Congratulations to New Zealand for passing the Climate Change Response (Zero-Carbon) Amendment Bill which aims to fulfill the objectives of the #ParisAgreement,” she tweeted. “It is heartwarming and inspiring to see such leadership as we head into #COP25 & #COP26.”

World leaders will come together for COP25—a climate conference scheduled to begin on Dec. 2 in Madrid, Spain—to discuss their commitments under the Paris accord.

New Zealand’s Zero Carbon Act garnered global attention Thursday not only for its climate provisions but also because of a viral video clip of 25-year-old Green Party MP Chlöe Swarbrick delivering a speech in favor of the legislation.

25-year-old New Zealand lawmaker Chlöe Swarbrick was giving a speech supporting a climate crisis bill when she was heckled by an older member of Parliament. She simply said, "OK boomer," and kept talking, unfazed. https://t.co/49oo2N6O3t pic.twitter.com/jxXIyDcyKa

“In the year 2050, I will be 56 years old. Yet, right now, the average age of this 52nd Parliament is 49 years old,” Swarbrick said as someone off-camera heckled her. Apparently unfazed, Swarbrick quipped, “OK Boomer”— a meme popular among Millennials and Generation Z—then continued her speech.