What Is Fear of Abandonment and How to Overcome It 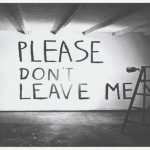 My natural interest in psychology and philosophy drives me to read quite a lot about the subjects. Recently I came across a paper on Post Traumatic Stress Disorder of Abandonment. Fear of abandonment is something I knew of, yet have never delved enough to fully understand it. So I began researching.

In an Article by Susan Anderson, a psychotherapist and author of various self-help books, there was a 30-point list of characteristics of the disorder. By number 10, I suddenly felt a light bulb pop above my head. My eyes widened and proceeded to change positions to get closer to the screen. Aha.

I was familiar with many of those symptoms. Only that they are not mine, but belong to some of the people I knew throughout my life.

What I found even more fascinating is the significant number of comments from readers thanking the writer because she made them realize that whatever they were, and/or still are, suffering from is precisely related to their fear of abandonment —  a moment of epiphany for most; it truly hit home for them. They identified with the symptoms and shared their own stories, which were educational and, as usual, enlightening and full of insights.

As I kept skimming through the comments the light bulb got bigger and brighter. Splendid. It all makes sense now. How can one not love psychology. More personal examples reminded me by more people who, according to my new findings as well as some previous observations, must have unresolved abandonment issues.

As a fierce proponent of The Significance of Letting Go, I have written before about our attachment to others in Codependency: What Being Addicted to Someone Means. Also The Parable of the Cow: You Are Not Your Thoughts, which is a more philosophical one, discussing our attachment to thoughts in particular and the process of letting go of them.

After this enticing introduction, I felt drawn to shed some light on the topic of fear of abandonment, in hope to help more people identify the dire effects of clinging to pain caused by past memories. So I plugged the light bulb and turned it on.

Before getting to the causes and symptoms, we must first acknowledge the existence of a core, primal fear called fear of abandonment. It is widely proposed that the first taste of the feeling of abandonment begins when we were expelled from our warm mother’s womb towards the cold outside world.

As the children grow up, every time the parents get home late or have to travel their emotional attachment to them is shaken. As a source of their security and comfort, they fear for the safety of their parents, leaving feeling anxious and insecure during their absence.

Family ties are fundamental to our well-being. Depending on how we are brought up and how functional these ties are, one way or another we all grow up having some sort of fear of being abandoned — whether we are conscious of it or not. We all seem to worry that we’ll be left alone in the world to deal with life and its difficulties. How we react to that universal driving force depends from one person to another.

So fear of abandonment is a natural fear. But, if for some reason it reaches a certain intense degree that it begins affecting our judgment and behaviour, then it could turn problematic and become crippling.

In psychology, fear of abandonment is described as the irrational belief that one is in imminent danger of being personally rejected, discarded, or replaced. Abandoned Child Syndrome is one of the terms explaining the condition.

Fear, all kinds of fears, are detrimental to our health. Whether it’s from the unknown, or people, or situations, it is a fierce foe and a slayer of meaning, purpose, courage, and fulfilment. Naturally, living with fear can be so devastating that it often affects us on a biological level — activating the physical pain centres in the brain and leaving an emotional imprint in its warning system.

Fear of abandonment is no different; and it leads people to go through an emotional trauma characterised by a wide variety of symptoms, which cause harm to them and/or their loved ones. 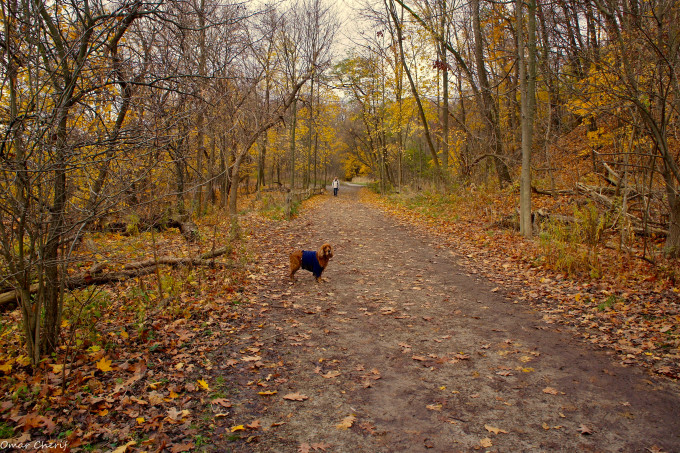 During my research, I mainly came across two psychological terms related to fear of abandonment: Abandonment Child Syndrome and Post Traumatic Stress Disorder of Abandonment.

A syndrome is the association of several clinically recognisable features, signs, symptoms, phenomena, or characteristics which often occur together, so that the presence of one feature alerts to the presence of the others. For example, Codependency or Borderline Personality Disorder going hand in hand with Abandonment Child Syndrome.

A disorder, on the other hand, is an abnormal physical or mental condition.

However, from reading about both, syndrome and disorder, I can see more similarities than differences. In our example here, the abandoned child syndrome is what could result from childhood issues with abandonment. Despite the fact that it is not recognised as a mental disorder, it has the future potential to turn into a PTSD of Abandonment.

For the sake of simplicity, I will keep referring to what we’re talking about here less formally as “Fear of Abandonment”, which could lead to a ACS and/or PTSD of Abandonment.

Now, the issues related to fear of abandonment typically begins during childhood through the loss of one or both parents or a caregiver due to death or divorce. The abandonment may be literal, as in physical — when the parent is not present in the child’s life (neglected or deserted), or when physically or sexually abused; it could be emotional — when the parent withholds love, nurturing, stimulation, or in the case of verbal and emotional abuse; or it could even be financial.

For children, any of these different degrees of early traumas can be one of the most anxiety-provoking situations in their lives. They could all cause deep-seated, lasting damage. Children tend to live in a black-and-white reality, so they carry the pain with them forever. Fortunately, the damage is reversible. Always, “There’s still time to change the road you’re on”, as Led Zeppelin remind us. And we’ll get to that later.

When the children grow up with an absent parent and/or inadequate physical or emotional care they often develop feelings of grief and blame themselves for their parent’s absence.  In many cases, the trauma stays well into adulthood. The sufferer continues to believe and fear that every significant person in their life is going to abandon them in a similar way.

As mentioned, fearing abandonment is therefore often coupled with an exaggerated sense of dependency on another individual(s). People feel at a loss without the presence of a parent or a partner, which drives them to rush into relationships just so they are not alone.

This irrational fright of being abandoned causes our mammalian brain to perceive it as an attack on our personal being. As a way to protect us it reacts with fear. And when we feel trapped in a situation in which we have no control over for too long we tend to carry the dreadful weight over our shoulders throughout our lives. Even after the situation is over the fear remains. Just like all traumas, it could range from mild to severe, and we can always heal from it.

My interest, however, was not in the abused type, which I had formerly covered in the MK-Ultra piece. But rather, I was more into those less severe cases of people who have never acknowledged the existence of the wound. Or perhaps they did, but have never taken a step towards healing from the loss or rejection, possibly due to them blocking the pain. That was what my aha-moment about. Because it reminded by those I knew, old and young.

Omar Cherif is a trilingual writer and researcher, photographer and blogger with degrees in journalism, psychology, and philosophy. After working in the corporate world for ten years, he took writing as a vocation and is currently finalizing his first book about dreams, the subconscious mind, and spirituality among other topics.

You can follow Omar on Facebook and One Lucky Soul and you can check his Photography here.